Our Indianapolis team of professional chauffeurs take pride in each of your events. We take the time from the first call to discuss the details of your occasion to ensure that we have good details to provide top quality limo and car services. Each member of Aadvanced Limousines enjoys being a part of your event and will strive to ensure it goes just as planned while catering to your every need and exceeding your Indianapolis limo expectations! Contact us for Indianapolis limo services, party bus rentals, airport transportation & car services.

IN REMEMBRANCE OF Kenneth Carter 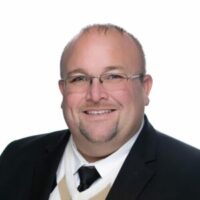 Born and raised in a single-parent home on the eastside of Indianapolis, Kenneth “KJ” Carter, Jr., graduated from Warren Central High School (Class of 1999) and became an electrician, with knowledge in endless areas. When the opportunity presented itself to become a self-employed entrepreneur, he was up for the challenge. He left his full-time career as electrician in 2005 to begin cultivating a great team of chauffeurs, mechanics, and office staff that would soon become recognized as the best transportation company in Indianapolis.

KJ’s desire to give back to his community and help everyone he came into contact with was unparalleled, as evidenced not only in the countless charity events and causes in which Aadvanced Limousines participated, but also simply from KJ’s trademark conversational question: “How can I help?”

While he was called away from us far too soon, his spirit, drive, passion, and commitment live on strongly and proudly every day in his family, his company, his friends, and all those who knew him professionally in the event industry and beyond. 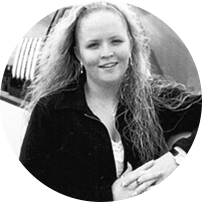 Born and raised in a single parent home on the Eastside of Indianapolis, IN. Graduated from Warren Central High School – Class of 2005 and continued on as a first generation college student at DePauw University – Class of 2009. Kristie earned a Bachelor of Arts in Economics and Spanish. Although, she is forever indebted to DePauw for the opportunities and connections provided, entrepreneurship is impossible to teach. Everyday in this logistically challenged industry is truly an adventure.

IN REMEMBRANCE OF Valarie Kerstiens